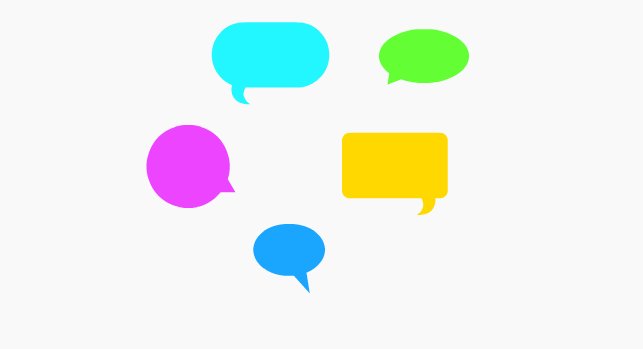 Learning Languages – From a Translator’s Perspective

Last month, TEDx posted 5 talks to make language learning easy. These talks should help the audience to understand how we learn languages and include tips on how to become fluent in any language.
Knowing that the acquisition of a new language requires a lot of time and effort and having observed that there seems to be a discrepancy in the definition of “fluency” between linguists and non-linguists, I was intrigued to learn what these talks could offer. I was pleasantly surprised to find that the talks I thought were furthest away from language learning (judging from the titles) were in fact the most interesting ones. More about that below. I’ll begin with the talks that focus on a more conventional approach to learning languages and will then proceed to sign language and Esperanto. This blog post is for anyone with an interest in languages and language acquisition as well as for those who have seen the videos, but haven’t found the time to watch them yet.

Mr Lewis says of himself that he didn’t start learning a foreign language until his early 20s. He started learning Spanish once his attitude changed (he was motivated) and then later also worked as a translator into English. His main point is that adults often make excuses (talent, age, travel limitations, bad memory, frustrated native speakers) that stop them from acquiring a new language. From his own experience, he also draws that the main motivational factors are: motivation and the right attitude. At the beginning of his linguistic endeavour, he “used the wrong word here and there” and seems generally to be talking about language learning “up to a conversational level”. The essence of his talk is that adults can learn new languages and that the right approach and the right attitude are the most important assets.

Now I would say that speaking a language up to a conversational level does not really mean learning a language – I would argue that most people can learn how to order a cup of coffee and pay for it in any language in one afternoon. Learning a language includes writing, spelling, grammar, cultural references, etc. and not just speaking. Mr Lewis learned 9 languages from the age of 21 to prove his point that adults can learn languages. I am intrigued to know the level he speaks them at. Surely, his French sounds quite good, but 8 other language? (Not saying that it is not possible, of course). Again, the definition might depend on how much of those languages has been learned. He also shows a teenager rattling through a huge number of languages. To me, this is as impressive as quoting excerpts from the phone book. As to the approach being the most important factor: This is not language specific. As long as a person is not keen on something and ready to invest time and effort, this person will never excel at it.

Mr Quinn’s talk goes into a bit more detail about the methods that can be applied to language learning – again, mainly with the goal to “make your way through any conversation”. According to him, one can get a foot in the door of any language within about 10 days. This is achieved by using languages as resources rather than obstacles, by understanding the psychology behind the learning process and by getting rid of “linguistic performance anxiety”. Language learners need to understand the design features of a language: pronounciation/cadence, the grammatical ecosystem and vocabulary. All of these help language learners to acquire coping skills in conversation.

In my view, Mr Quinn highlights some valuable points that some language learners might not be aware of at the beginning, such as cadence (once we understand it, a language sounds less fast) and using analogies and paraphrases when we don’t know the correct word. A more insightful approach on how to learn languages as an adult, but not entirely applicable for someone who wishes to command a language beyond conversational level.

Ms Fallow’s talk is short and can be summarised as follows: Adults still have the capability to learn languages and learn differently to children because they can draw on experience. Not much of a surprise here.

Mr Morley is introducing his programme “Springboard to languages” in which students at primary school level learn Esperanto rather than French or Spanish, etc. Although Latin was my first foreign language, I was quite skeptical to begin with. “At least with Latin you have access to the great classic works…” – but Esperanto?

The goal, so Mr Morley, is not to speak Esperanto, but: to raise language awareness by using this simple language, to form a successful inclusive experience (Esperanto can be learned quickly), to come in contact with foreign cultures through an international programme for Esperanto learners and to increase English literacy and numeracy (both tested outcomes of learning Esperanto). Esperanto serves as a starting point, a springboard. He compares learning Esperanto to learning how to play the recorder. When asking the audience, who learned how to play the recorder, Mr Morley gets quite a few positive answers. When asking who was still playing the recorder, there’s only a handful of people left. In his musical analogy, Mr Morley shows that most kids would struggle to play the bassoon as their first instrument (complicated, too large, too heavy, etc.), but that not many kids have trouble learning how to play the recorder. They learn how to read music, learn about timing, etc. – all of which serve as a base for other instruments. Furthermore, Esperanto follows a clear structure without irregular verbs and conjugations or exceptions. Learning becomes a more inclusive rather than additive approach, almost to the extent of “buy 1 get 1 free”, because when learning a new word you automatically get the opposite: good and un-good instead of good and bad. Esperanto has more expressive capacity than most languages due to its simplicity. Personally, I think it’s a great way to introduce children to language learning, to raise linguistic awareness and to show them that they all can learn a language and don’t need to think that it’s all down to talent or genes.

Junto Ohki: Tech for the Deaf – How to Search for Words in Sign Language (TEDx Tokyo)

Mr Ohki first introduces the audience to a few facts about sign language:

Like in all other languages, there is no Lingua Franca in sign language. This is due to history and cultural references. In the US, for example, “to cheat” is associated with spies, whereas in Japanese folk literature, foxes have the attribute of cheating. Therefore, the signs for “to cheat” are inherently different in both languages. Mr Ohki himself learned sign language at the age of 20, because he finds it a “beautiful language”. When learning Japanese sign language, he didn’t encounter any problems as there were dictionaries for written and sign language. However, problems occur when a native speaker of Japanese sign language wants to learn US sign language: there are no dictionaries from Japanese sign language into US sign language. So Mr Ohki created the first keyboard and dictionary for the deaf – quite an achievement! The keyboard includes the fingers and the place of the hand. By typing these combinations into the dictionary, users can search for a sign and then search for its meaning. Being able to hear and speak, this is not something I’ve much thought about, I admit. But I’m always delighted to learn new things about language!

The talks about language learning for adults do contain some valuable aspects and it’s good to recall that we can learn languages at any age. Their target audience is more the casual language learner rather than translators, interpreters, or other linguists. Mr Ohki’s and Mr Morley’s talks show that we should embrace new concepts of language learning and that there is more to language than what we’re using every day.